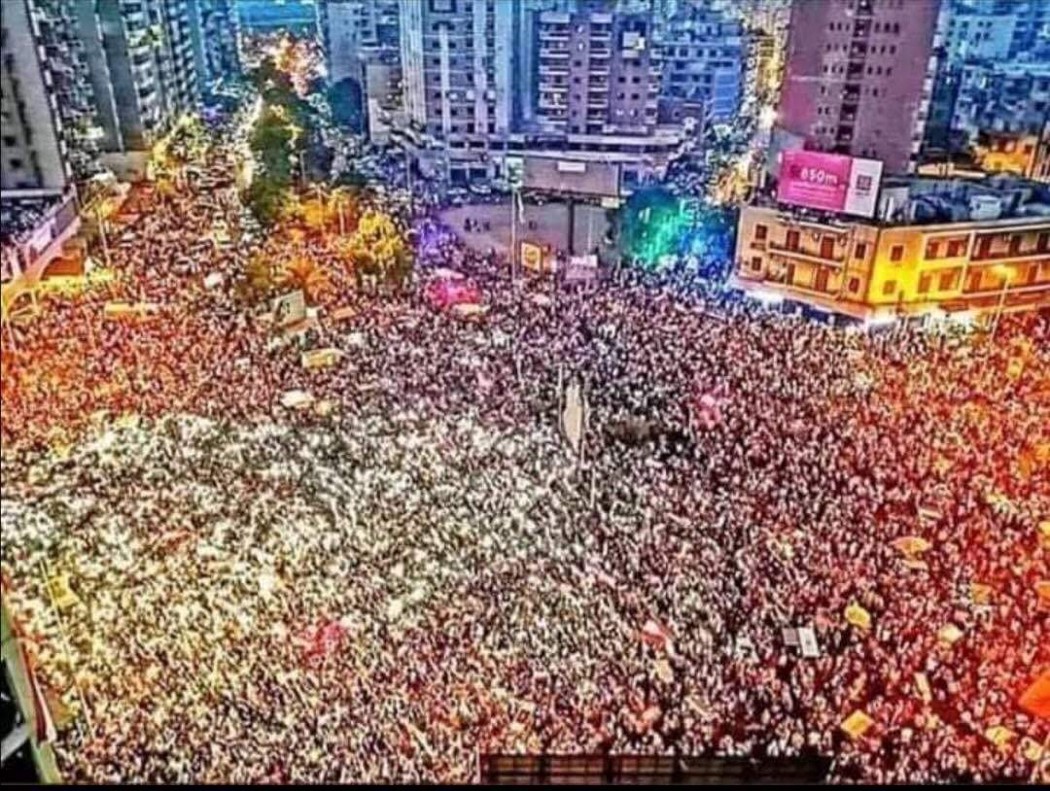 My Awesome Six Months From Hell

A year ago, I was your typical Silicon Valley entrepreneur building a SaaS startup. I worked 16 hour days in a one story business park in Santa Clara California. My singular focus was bringing my product to market, I ate a Chipotle Burrito at my desk for lunch on most days, and my office neighbors would sometimes come wake me up after I fell asleep at my desk. One fateful day the phone rang with an offer to go back to Lebanon, (my country of origin) and build a tech accelerator with a focus on creating an eco-system of innovation and creativity, similar to the eco-system in the Valley. Although I practically lived my entire life in the U.S the urge to go back to Lebanon and build something that could leave a lasting impact was tempting, I couldn’t turn it down.

I put together a plan to work on the accelerator during the day and on my startup at night. I turned down several potential investors because their investment was contingent on me staying in the valley, and I felt that I had a much bigger calling. A few months later, I packed all my belongings and moved back to Lebanon. I landed in Beirut on September 26th 2019 and I immediately went to work. I was given a scrap piece of paper explaining the plan and the vision, my job was to turn it into something real. I spent the first few weeks building a business plan, putting together a pitch deck and lining up meetings with potential investors and partners.

On October 17th, 2019, exactly three weeks after I arrived in Beirut the Lebanese people hit the streets in the largest protests the country had ever seen. The masses were fed-up with corrupt politicians stealing billions from the government without providing citizens with the most basic services. The country had a currency crisis, an employment crisis, an electricity crisis, and a trash crisis. This is in addition to the ongoing political crisis that never really seems to go away in Lebanon. However, this protest felt different; the entire country from the north to the south seemed to participate in these marches for justice. For the first time in my life, I watched the people of Lebanon shed all their political, sectarian, and religious affiliation to come together and demand change.

The protests brought me to tears and I felt compelled to participate. So naturally, I took to the streets with a Lebanese flag and started shouting the slogans of the revolution. The organizers of the protests staged mass demonstrations on the freeways and major roads all over the country. They shut down traffic in every area. You couldn’t travel 10 minutes in any direction without running into street closures. The entire country came to a grinding halt as the protests played out. I thought to myself, this is for the greater good and we all have to suffer together. I can afford to delay my plans a bit!

Days of protests turned into weeks, which turned into months. At one point I had to get back to work and I started to schedule meetings again. Sure half my meetings were getting canceled due to road closures and public unrest, but I had to keep the ball rolling. At that point road closures were the least of my worries, the mass protests rattled the country’s financial sector and people were making a run on the banks trying to withdraw their deposits. The banks instituted capital controls limiting the amount of money any depositor can withdraw in a given month. There was fear that the banks are going to fail and everyone was going to lose their deposits. Needless to say, this made raising capital much harder. Investors were trying to figure out how to keep their current businesses afloat, they didn’t have the time or the liquidity for new ventures.

This didn’t stop me, I kept on moving forward. I needed to get enough investors on-board to start my operation and it seemed like I was making progress, but of course, things couldn’t be that easy. The crisis made it difficult for us to officially register the company. Unlike the United States, registering a company in Lebanon is a long and painful process. We had investors ready to write a check, however, we didn’t have the legal entity in place so we can accept that check. People were asking us to take their money and we simply couldn’t talk about a conundrum.

As I was working my way through the obstacles in Lebanon, I spent my nights with my two developers building out my software. I figured that the software will be ready by the middle of January. Before I left Silicon Valley I realized that people who demo my software fall in love with it. I decided that the best way to sell this product is to demo it to as many people as possible. I put together a sales plan and built relationships with over 60 co-working offices across the United States. When the software was ready, I was going to lead a demo to all the tenants of each co-working partner. This gave me the opportunity to show my software to thousands of potential customers. The plan was coming together nicely.

One day my top developer never showed up to work, he got jailed for having an unpaid debt. It took a few days to get through the legal obstacles and a few weeks to get him back into a groove. At this point, I decided to regroup and delay my launch until April 15th. I started to layout a detailed schedule for the launch with each of my co-working partners. Meanwhile, the accelerator was only a couple of weeks away from hitting its stride. Sure I had some setbacks and delays, but it seemed that everything was going to work out in the end.

Suddenly and seemingly overnight the Corona-virus went from being a Chinese concern to becoming a global pandemic. In Lebanon, the new government didn’t want to take the risk of adding a health crisis to their list of problems, so they were among the first countries to institute a stay at home order. Once again my accelerator got brushed aside by global events that were simply out of my control. I figured that I could take this time to focus on my software launch, but it didn’t take long for the U.S to start going into quarantine. My sales strategy evaporated! Who in their right mind would go to a co-working office with an infectious disease spreading? Some of my partners told me that they may not make it through the pandemic. Months of work disappeared in an instant.

People much smarter than me warned against trying to carve out a new market or selling anything during this current crisis and I took their advice into consideration. I decided that I would spend my time focused on the software development side of the business, but one of my developers abruptly quit and another was in self-quarantine with a broken laptop. My entire world suddenly stopped!

I told myself that I have been running and chasing goals for so long, maybe it’s time for me to take a break and process my thoughts. I found the beautiful scenery and the towering mountains in the northern Lebanese countryside the perfect place to reflect. Sure I was under a stay at home order, but at least I had a view. From the rooftop of my parents’ home, I started writing notes about all the things I learned from my days as an entrepreneur, a consultant, and an employee at major corporations. I then began organizing those notes into different categories. As I started to review my notes, I realized that I could apply a real-life story to every concept I wrote about to prove its application in the real world.

As I was reflecting, my friend called to ask me a few questions. We talked for a bit, then he told me “you should write everything you know down and share it with the world, I would read that book.” Right there and then I grabbed my phone and started recording my notes with my own voice. Within a few days, I had hours of content. I then decided to build an app and put all the content that I recorded on it. I figured that I should share everything I’ve learned over the past 14 years with the world. What I’ve gone through can help entrepreneurs, wannabe entrepreneurs and leaders everywhere.

On Sunday, April 19th the app got accepted into the app stores and I started marketing it with a small post on LinkedIn and sharing it with my network. Within 48 hours, I had over 2000 downloads and 14,000 podcast streams. The most rewarding thing was the messages people were sending me, they were thanking me for putting together this application. I even got an advertiser interested in launching a marketing campaign on my app.

When my sister downloaded the app she told me “out of all projects you’ve taken on in your life, this one is by far the best.” The same sentiment came from several different people. It’s as if years of hard work, commitment, planning, and determination were superseded by a few quiet moments of reflection. Now it feels like this app is the best thing I’ve ever done.

If this app didn’t get a single download I’m glad I did it, writing everything down was therapeutic. It also made me think about the mistakes I’ve made in my life and how I could correct them. I feel that everything I went through this past 6 months, all the pain and setbacks have led me to a much better place. I always operated in a bit of a comfort zone, but the past several months made me comfortable being uncomfortable. This experience confirmed a long-held belief that if you’re not moving forward, you’re moving backward. There is no need for self-pity, keep moving forward and good things will happen.