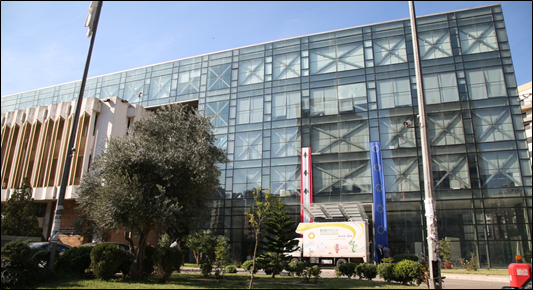 HEAD OF THE DELEGATION OF THE EUROPEAN UNION, AMBASSADOR CHRISTINA LASSEN VISITING BIAT

Head of the Delegation of the European Union, Ambassador Christina Lassen visiting BIAT

Ambassador of the European Union Mission in Lebanon Christina Lassen visited the Business Incubation Association in Tripoli- BIAT on the 9th of December 2015 in her first official visit to Tripoli to sightsee the projects and programs funded by the EU and managed and implemented by BIAT. 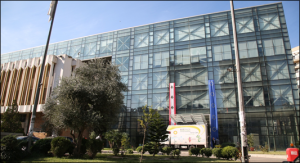 H.E was welcomed in the CCIAT and in BIAT by president of the Chamber Mr. Toufic Dabboussi and BIAT’s director Mr. Fawaz Hamidi in the presence of the Mayor of Tripoli Mr. Amer Al-Tayeb Rafei and other officials in the region. 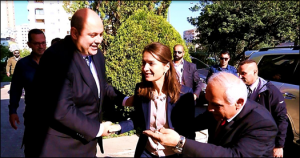 BIAT’s director Mr. Fawaz Hamidi welcomed her Excellency by stating: “If civilization is to be defined, it is a constant dialogue between history and geography. If dialogue is to be defined, it is a cross point between the East and the West. Matter little whether Lebanon is the starting or the end point of the East. This small country lying on the shores of the Mediterranean is the cradle of the East and the gateway to the West. 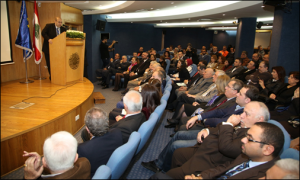 This brief introduction is aimed at stressing the importance and the symbolism of the constant presence of the EU in the East which is represented today by H.E Mrs. Christina Lassen, EU Ambassador.”

Mr. Hamidi lead off the event by pointing out in his talk that the “Business Incubation Association” was established by a consortium with the aim of assisting businesses by providing support services to build stronger local economies which contributed in the creation of a wider collaboration in the job creation and employment opportunities. A demonstration about BIAT’s achievements, indicators and projects was presented by Mr. Hamidi where by numbers 4,190 clients has benefited from the services of BIAT from 2006 till June 2015 (2,591 with a significant intervention such as Business diagnosis, Business plans, marketing plans, trainings etc. and 2,549 with a Simple Interventions such as general advice & directions). 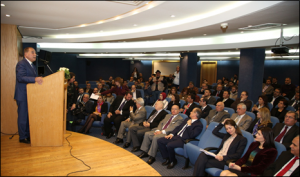 Subsequently, President Dabboussi Welcomed in his speech all those present, especially Ambassador Lassen who was visiting for the first time private sector institutions next to her political and diplomatic tasks indicating “the importance of strengthening ties  between Lebanon & the European Union particularly on the private sector scope noting the usefulness of the effects of Euro- Mediterranean partnership and neighborly relations to develop better formulas between them believing in the dynamic role of the private sector.”

After that, Ambassador Christina Lassen highlighted in her speech on the European Union position standing with Lebanon, conveying appreciation to Mr. Dabboussi for the warm welcome and Mr. Fawaz Hamidi for the big efforts put in preparing for this assembly.  She also emphasized on the need to be optimistic in the current stage and pointed about the importance of Tripoli’s cultural characteristics that is still retaining its historical and economic presence. 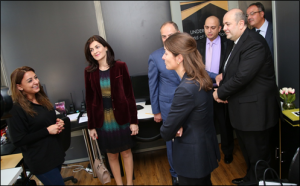 Afterward the speeches, her Excellency were accompanied with the CCIAT President Mr. Toufic Daboussi, Mrs. Marielle Mouawad, representing Rene Mouawad Foundation, BIAT’s director Mr. Hamidi and BIAT’s vice director Mr. Nasri Mouawad in a tour to the Business Incubation association. In the visit, Ambassador Lassen met with 45 business start-ups who presented their products and services and showed her the progress they occurred during their stay at BIAT. Her Excellency showed impression to these initiatives and businesses and discussed with them the difficulties they are facing and their needs. 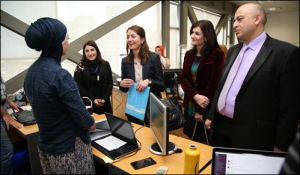 At the end of the journey, Ambassador Lassen visited an exhibition organized by BIAT presenting a group of projects funded by the EU and implemented by BIAT. 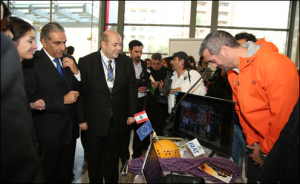 She was briefed at each stand about those development projects related to various sector such as:

SHAAMS project: that intends to define and implement a series of actions aimed at raising public awareness on the opportunities and potentialities of solar energy solutions for the social and economic development of the region.

Ecotruck: is a truck that demonstrates to students how the renewable energy solutions work (SWH, PV, wind, and biomass).

INARA project:  an Integration of an Autonomous street lighting system in the rural area of Halba Akkar

SwitchMed project: is an initiative to facilitate the shift toward Sustainable Consumption and Production (SCP) in the southern Mediterranean Region.

PRIME project: is about promoting Intergenerational Learning in the Mediterranean Countries”in gold/silversmith sector.

EU gender equality project: The objective of this project is to empower women in Akkar and Donnieh through facilitating access to existing services instrumental to increasing their participation in economic growth and their understanding of women economic rights.

An additional stand was presenting the Union of municipalities of Al Fayhaa which is constituted of the 4 cities Tripoli, Mina, Baddawi and Kalamoun. The Engineer and director of the union Mrs. Dima Homsi explained to H.E. about the projects funded by the EU and implemented by the union. 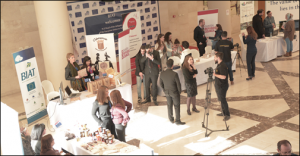 At the end of the tour, Her Excellency showed full confidence in the progression of Tripoli at all levels conveying admiration to all these projects and their active role in the sustainable development in the North and wished the city of Tripoli & BIAT a prosperous and peaceful future.